Entertainment companies in Los Angeles frequently negotiate deals with studios in foreign countries in their efforts to bring fresh content to the English-speaking audience in the United States. Once they have agreed to the terms of the contract they are ready to draft the first version of the agreement. Since the other party is from a non-English speaking country it is important for them to have the document translated to the language they are most comfortable with. They can contact a translation company in Los Angeles and learn how they can have the English version translated to a foreign language. The quality of the translation is always important but especially significant to those who are signing a multi-year agreement.

In those transactions a larger amount is at stake so there is almost no room for misunderstandings. The American parties do not have to translate the final draft if it is not ready. They can translate the first draft so that the other party can review the translated document and raise questions or ask for revisions. Translators can translate the revisions when necessary so both parties can have the second version of the agreement. While companies cannot expect the second version to be the final one it is a great way for them to communicate the details of the updates to the other party. Companies in Los Angeles that have never conducted international business should think about the way they will be dealing with language barriers. They will need documents to be translated for the non-English speaking party. Entertainment companies from non-English speaking countries that are interested in entering into an agreement with American firms usually hope that documents are submitted to them in their first language. Therefore, contractual partners should keep in mind that the documents they prepare should in English and the native language of the party they are dealing with.

Entertainment industry leaders that are based in Los Angeles often try to keep their competitive edge by purchasing new content from foreign companies. When they are ready to sign a multi-year licensing agreement they rely on the services of professional translators to translate the document. CACFTI and its experienced translators come to the assistance of entertainment companies that need to communicate their expectations clearly with foreigners. If you have a contract that you wish to present to a non-English speaking party regarding the rights and loyalty fees associated with obtaining content produced abroad, please get in touch with us. Our translators who love the entertainment industry and specialize in legal translation can handle the translations of your agreements. You can send us a copy of your agreement and the target language(s) so that we can provide a quote.

To request a free quote please simply either email us the document at info@cacfti.com or call us at (310) 584-7481 with the details of your project. 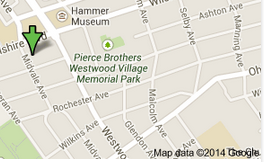